Did You Know: Stephen Curry Scoring With the Best of Them At the Rim 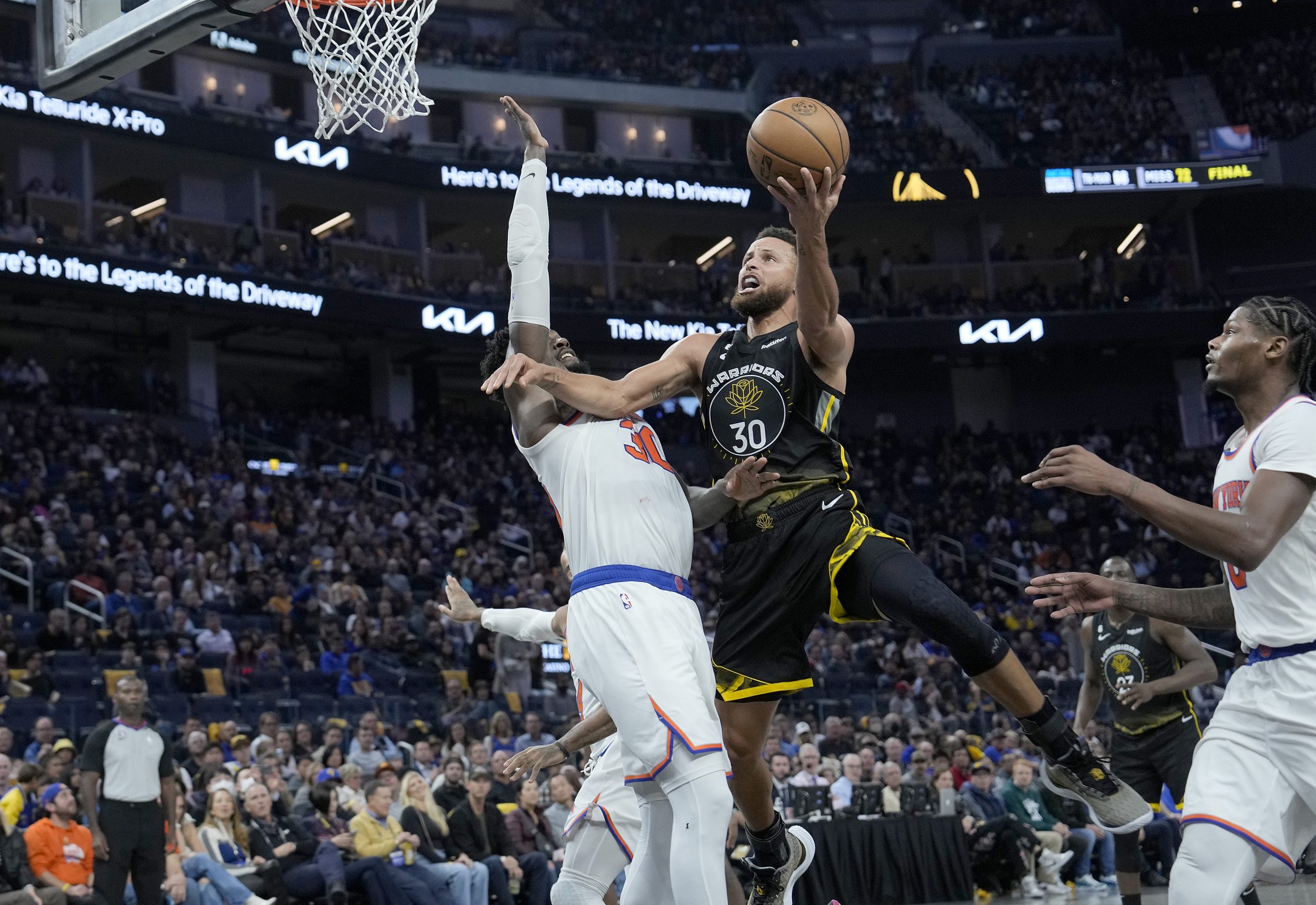 You know Stephen Curry for his scorching hot shooting from beyond the arc. This season, the only unanimous MVP in NBA history is scoring 32.2 points, grabbing 6.7 rebounds, and dishing out 6.6 assists per game and is set to join Steve Nash and Larry Bird as the only players with multiple 50/40/90 seasons while he shoots 52.8 percent from the field. 44.3 percent from deep and 90.9 percent from the free-throw line. However, the main thing that’s stood out during Curry’s hot start to the season is his finishing in the paint. Within three feet of the rim, he’s making a remarkable and career-best 79.1 percent of his attempts, according to Basketball-Reference. Per the NBA, Curry is hitting 76.4 percent of his looks in the restricted area, 12th most efficient “Obviously knowing I can shoot the ball and put a lot of pressure on the defenses there, you gotta be able to have a change-up to get to the paint and find creative ways to finish,” Curry said after the Warriors’ win over the Cleveland Cavaliers on Nov. 11, per YahooSports. “I’m not playing above the rim so it’s just about playing angles and having some touch in there. Gotta use your shot as a threat to open up driving lanes and I’ve been able to do that. Even coming off great screens from guys, not being afraid of contact either. I don’t get to the foul line that much, but still just trying to figure out how to get your lane, get your driving angle, protect the ball, get it on the rim and hope it goes in.” Curry is also making 5.7 two-pointers per game and 63.7 percent of his attempts inside the arc; both are career-highs. He’s third in the League in scoring and leads the association in made three-pointers by a wide margin, 77 compared to the 55 Buddy Hield has made. As it stands, Curry could join Larry Bird and Steve Nash as the only hoopers with multiple 50/40/90 campaigns. “You run out of adjectives to describe Steph’s play. He’s just amazing night after night,” Steve Kerr said. “He’s in such great shape. If there’s one area where he’s dramatically better now than when I first got here, it’s his strength and conditioning. He’s much bigger and stronger, much more capable of defending at a really high level and sustaining two-way basketball for an entire game. And just knocking down shots from all over and finishing at the rim. He’s unbelievable.” The post Did You Know: Stephen Curry Scoring With the Best of Them At the Rim appeared first on SLAM.