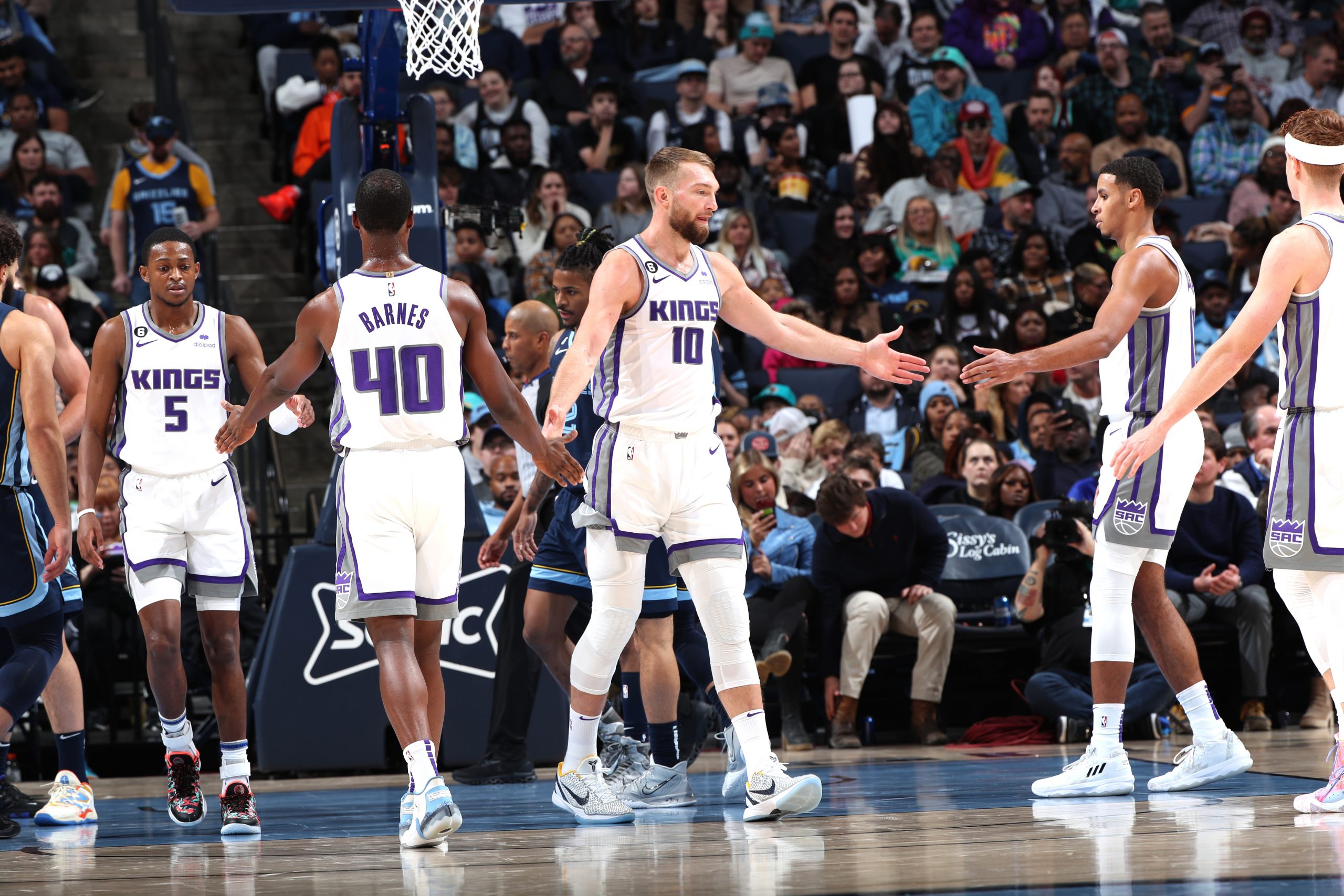 The Sacramento Kings defeated the Memphis Grizzlies 113-109 on Tuesday for their seventh consecutive victory. The win gives the Kings a 10-6 record, good for third place in the Western Conference. Sacramento began the season 0-4 but has rallied in a big way since then. They now have the highest offensive rating in the League t.  DeAaron Fox battled Ja Morant throughout the night, and he finished with a big 32 points, eight rebounds, six assists, and four steals. He also made five three-pointers en route to victory. His backcourt mate and newcomer Kevin Huerter continued his impressive play and great shooting as well; he had 18 points on 60 percent shooting and 57.1 percent from the three-point land. Domantas Sabonis filled the stat sheet with nine points, 13 boards, and eight dimes. The veteran Harrison Barnes also had 26 points. Malik Monk coolly knocked in two free throws to extend their lead with 3.9 seconds remaining in the game and permanently out of reach (amidst Morant’s heckling).  Head coach Mike Brown’s new scheme has the Kings playing inspired basketball and has freed up the talented roster for balanced contributions from all over the roster.  “We made a lot of mistakes down the stretch that could have cost us the game, but we found a way to win,” Brown said following the game. “Hopefully, we’ll learn from that.”  This is the Kings’ first time winning seven straight games since 2004. Sacramento hasn’t made the playoffs since 2006, but if they continue at this rate, their winning streak might be enough to break their sustained absence.  View this post on Instagram A post shared by Sacramento Kings (@sacramentokings) When Brown was asked how to keep the Kings head on straight following their recent successes, Brown said, “you just keep telling them the truth. There’s nothing tricky about it, you know?” “You play well; you tell them you play well. When you don’t play well, you tell them we’re not playing well,” Brown said. “As long as you keep it real with them, all those guys in the locker are all competitive, and they want the truth. And they’ve responded to the truth. We’ll keep them grounded that way.” The post Don’t Look Now: the Kings Have Quietly Won Seven Straight Games appeared first on SLAM.