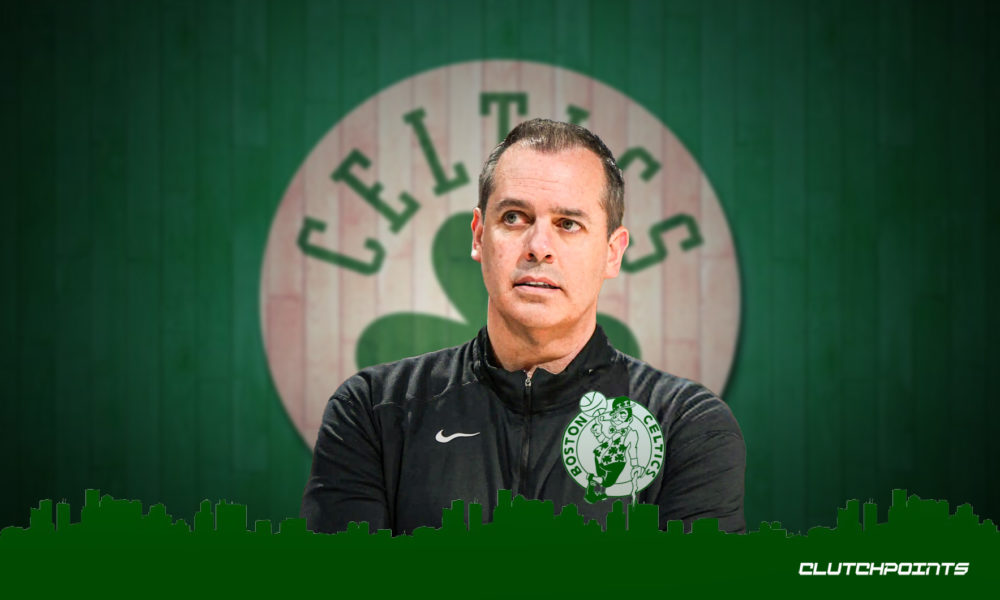 There’s a lot going on in Boston right now. The news of Ime Udoka’s scandal has created shock waves in the NBA world. Amidst all this chaos, former Los Angeles Lakers coach Frank Vogel has been linked to the Celtics. Ime Udoka is facing a potential season long suspension from the Celtics due to his role in an intimate relationship with a female staffer. The relationship is a violation of the organization’s guidelines. Assistant coach Joe Mazzulla is the most likely option to become the Celtics’ interim coach, but he has some issues in his past as well. Chris Mannix tweeted an interesting nugget this morning linking Frank Vogel to the Celtics coaching staff. Don't be surprised if Frank Vogel is considered for the Celtics bench. Joe Mazzulla is expected to be elevated, but the staff is thin with head coaching experience. Vogel has a longstanding relationship with Brad Stevens. — Chris Mannix (@SIChrisMannix) September 22, 2022 As Mannix mentions, the Celtics coaching staff behind Ime Udoka doesn’t have much head coaching experience. Frank Vogel would certainly be a good addition to the Celtics bench if Ime Udoka does in fact sit out the entire season due to this suspension. Frank Vogel last coached for the Los Angeles Lakers in 2022. He was fired the day after the season ended in early April after not making the playoffs with LeBron James and company. He won one NBA Championship during his three year tenure with the Lakers. Frank Vogel actually began his career with the Celtics back in 1996 when he was the video coordinator for Rick Pitino’s squad, and he was eventually promoted to assistant coach in 2001. It will be awaited to see if Frank Vogel returns to his roots in Boston and tries to bolster a coaching staff that just took a huge hit. The post Frank Vogel linked to Boston amid Ime Udoka scandal appeared first on ClutchPoints.