Mike Budenholzer On Officiating Giannis Antetokounmpo: ‘The League Needs to Protect Him’ 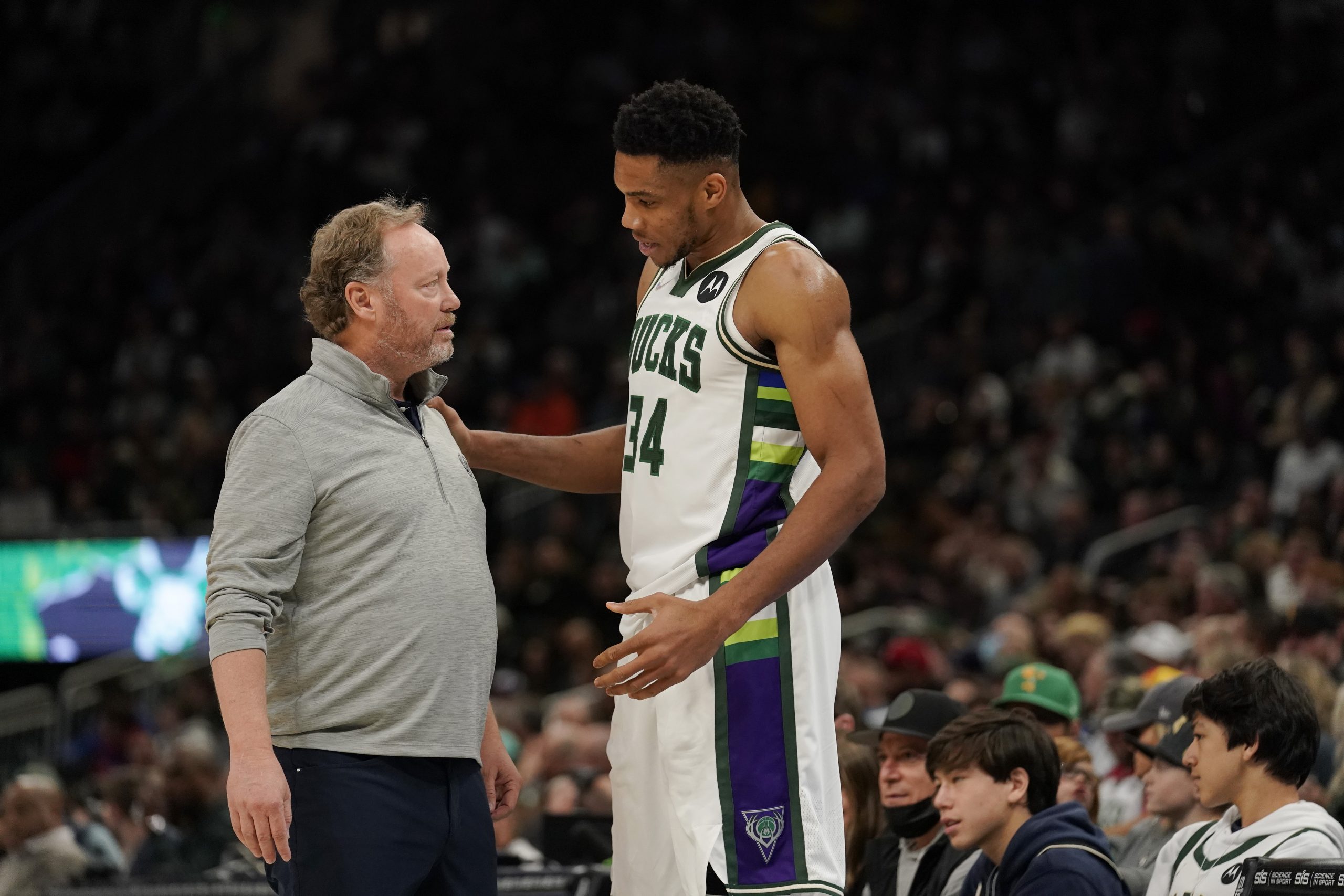 Superstar hoopers getting favorable calls can never be disputed. Guys like LeBron James or Giannis Antetokounmpo tend to be the toughest to officiate simply because of their sheer force going to the rim and their physical stature. Well, Bucks head coach Mike Budenholzer has had enough. He’s seen teams resort to fouling The Greek Freak hard or even giving “cheap shots” when they can’t stop him from getting to the rim. It’s gotten to the point where Budenholzer recently called for the NBA to step in to “protect him” from physical harm. Most wanted. pic.twitter.com/YpEruI1JDY— Giannis Antetokounmpo (@Giannis_An34) November 22, 2022 Budenholzer’s call for tighter officiating came after the two-time MVP faced multiple hard fouls during their 119-111 win over the Trail Blazers. The Greek Freak ended the evening posting 37 points, seven rebounds, six assists, and two steals on 16-24 shooting from the field and 5-12 shooting at the free throw line. “The shot the other night in Philly was a significant shot; they don’t upgrade that. I just think sometimes, the hits that Giannis is taking; the league needs to look at; the League needs to protect him. It’s not just him; anybody takes those hits; the league needs to protect players,” Budenholzer explained, per CBS Sports . Clearly Coach Bud doesn’t want the 2021 Finals MVP to go down with an injury since Antetokounmpo plays such a huge role on the team. Highlights from last night's WIN vs. Trailblazers. @we_energies pic.twitter.com/ONlFjj8Oau— Milwaukee Bucks (@Bucks) November 22, 2022 For what it’s worth, The Greek Freak admitted he’s been taking a lof hard fouls but says that he enjoys the physicality that he’s dealing with at the moment. “I’ve said it multiple times, I enjoy physicality,” Antetokounmpo said. “I enjoy putting my body on the line. It puts a fire under my belly, it wakes me up,” Giannis explained. The post Mike Budenholzer On Officiating Giannis Antetokounmpo: ‘The League Needs to Protect Him’ appeared first on SLAM.