Paolo Banchero Practices For The First Time Since Suffering Injury 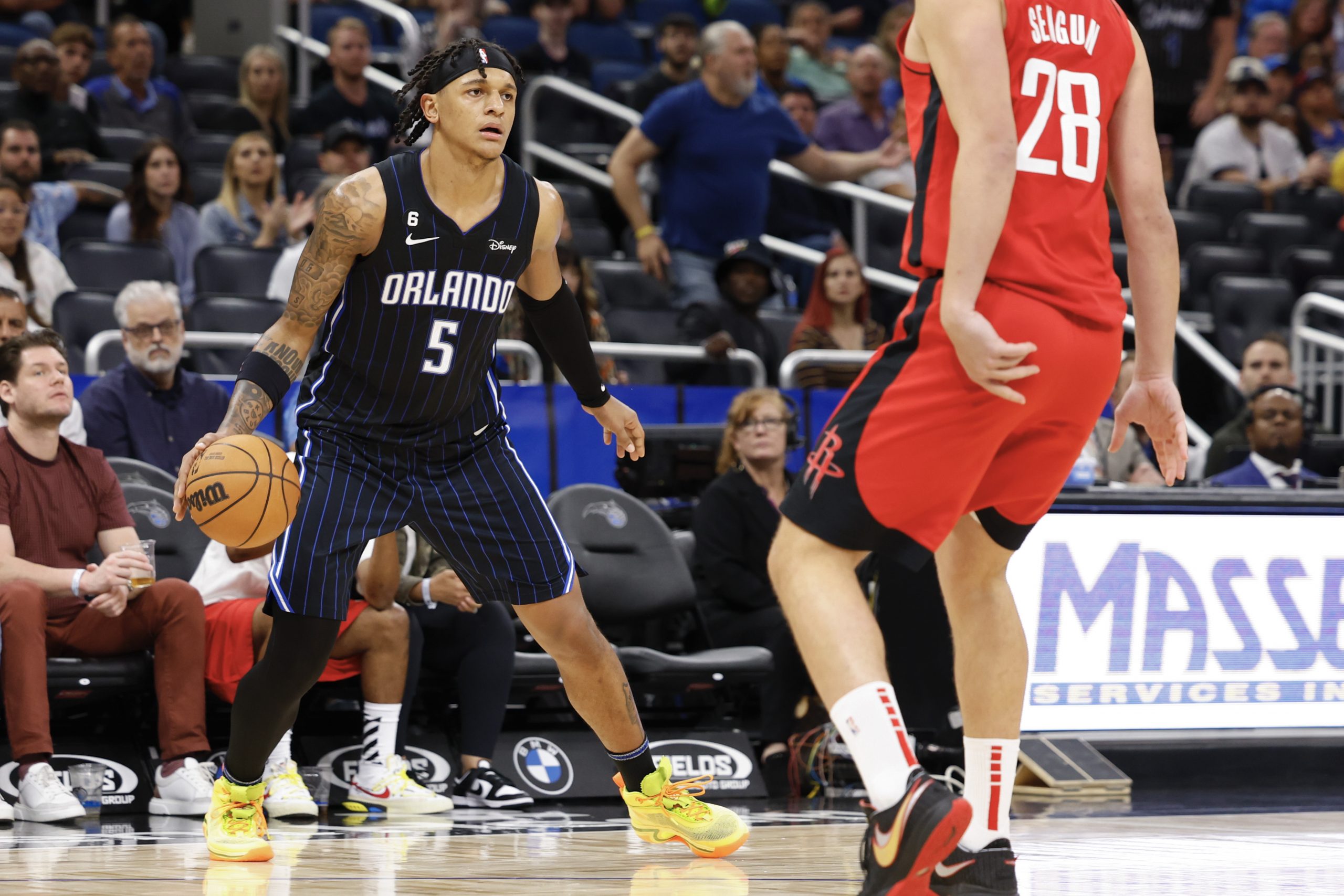 The Rookie of the Year race is about to heat up. Paolo’s debut. 27 PTS, 9 REB, 5 AST. More on the way. pic.twitter.com/JE76Woc910— SLAM (@SLAMonline) October 20, 2022 After missing seven games with a sprained left ankle, Orlando Magic’s first-year sensation Paolo Banchero is inching closer to a return. Banchero injured his ankle on Nov. 7 against the Houston Rockets. On Wednesday, the team was relieved to see their number-one pick come to practice after missing some time.  gradual improvement @Pp_doesit pic.twitter.com/q0pRzxzjxo— Orlando Magic (@OrlandoMagic) November 23, 2022 Before getting hurt, the Magic rookie was the clear favorite for winning Rookie of the Year despite it being too early in the season. Banchero leads all rookies in scoring, averaging 23.5 points, 8.3 rebounds, and 3.6 assists.  With the first-year forward in the lineup, the Magic have only gone 2-9. Although they have managed to secure a 3-4 record without him, there’s no doubt Orlando could use their rising star right about now. The Magic are only 5-13 on the season and currently sit two games back from the 12th-seeded Miami Heat in the Eastern Conference. This team will need all the help they can get to turn their season around. According to the Magic, Banchero’s status for Friday’s game against the Philadelphia 76ers is up in the air. How he responds to the practice session and treatment will determine whether or not he’ll be ready to suit up. The post Paolo Banchero Practices For The First Time Since Suffering Injury appeared first on SLAM.