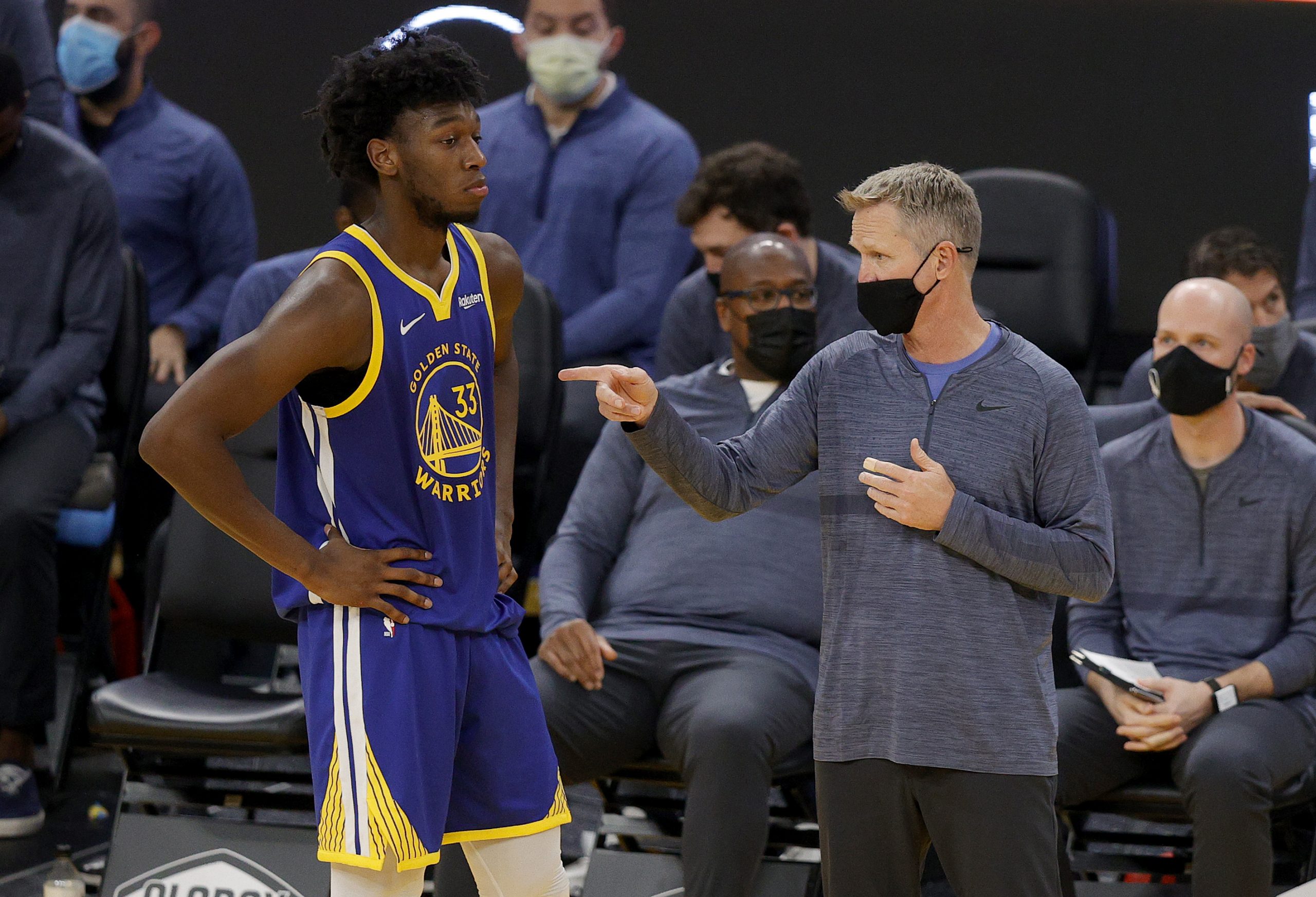 The Golden State Warriors used the second overall pick of the 2020 NBA Draft on Memphis product James Wiseman, and so far, he’s still finding his way into the rotation. Wiseman hasn’t been the pivotal factor to the aging Dubs lineup as head coach Steve Kerr would’ve hoped for. With Stephen Curry, Klay Thompson, and Draymond Green nearing the end of their prime years, Kerr’s response was to send Wiseman down to the G League to “get more reps” in the G-League. “Every player needs a foundation,” said Kerr, per NBC Sports, on how Wiseman jumpstarts his true potential. “but when you have a guy who missed all of that time with the circumstances and hasn’t been able to really build that foundation, you have to try and do the right thing to help him get going. This is what we’re thinking.” View this post on Instagram A post shared by NBA G League (@nbagleague) The Warriors have put their young talent in circumstances where they have to prove themselves individually, and the Wiseman project rides the same boat, even after a two-year absence. Kerr suggests that a defense’s attention on the lottery pick will help expose Wiseman to a brighter offensive play style. “I think it’s just all part of natural evolution of a young player who doesn’t have much experience, who happened to come into the league as the pandemic started and then missed a year-and-a-half with an injury. That’s it; that’s the bottom line. “Practice is the big thing,” Kerr said. “When you get individualized attention like the guys do in the G League, it’s easier to make more progress, I think, rather than the stops and starts that happen during the NBA season when you’re not in the rotation.” It’s inevitable that the Warriors will move on from their Big Three that has them four championships. However, good franchises build toward the future to keep the motions of title contention. Kerr and Golden State are making the proper adjustment towards making Wiseman a dominant presence as he was once projected to be. The post Steve Kerr Won’t Rush James Wiseman Back: ‘Every Player Needs a Foundation’ appeared first on SLAM.