‘There’s plenty of white folks out there doing their thing’: Stephen A. Smith baffled by Celtics’ handling of Ime Udoka scandal 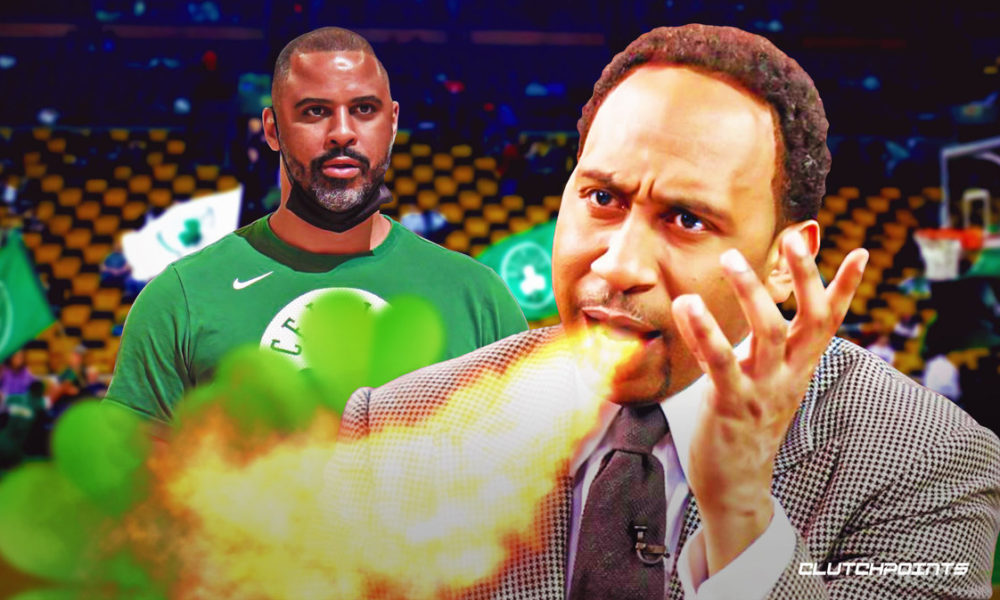 The NBA world has been shocked by the recent news that Boston Celtics head coach Ime Udoka could end up being suspended for the entire 2022-23 NBA season by his own team for having a consensual relationship with a female staff member in the Celtics organization. Udoka could end up going from leading the Celtics to the Finals in his first season in charge to missing the entire upcoming campaign in the blink of an eye. Arguably the most surprising piece of this situation is that if Udoka ends up getting suspended, it will be handed down to him by the Celtics rather than the NBA. Typically the NBA would be the one to hand out this type of suspension, but this decision is coming down from within the Celtics organization. Count Stephen A. Smith among those who cannot understand the Celtics handling of this situation. Smith believes that Udoka isn’t the only one who has done something like this in professional sports, and while he’s not condoning his actions, he doesn’t understand why the Celtics are letting everyone know they are punishing him for this. "I got a problem with you as an organization right now, because if you're not going to fire [Ime Udoka], why the hell do we even know about this story? Nobody's bringing that up."@stephenasmith sounded off on the Boston Celtics pic.twitter.com/wbtT78mf3A — ClutchPoints (@ClutchPointsApp) September 22, 2022 In a sense, Smith has a point. It would make sense if the Celtics let everyone know about this if they intended on firing Udoka, but that doesn’t seem to be the case, as the Celtics are believed to only be contemplating a suspension for Udoka at this point. Smith’s question stands as to why they are singling out Udoka for something that he believes many others have done in professional sports. Based on all the information that has come out, it’s a fair question. There’s certainly information that we don’t have on this information, but for now, Smith may have a point in saying that Boston’s handling of the situation is a bit odd. The post ‘There’s plenty of white folks out there doing their thing’: Stephen A. Smith baffled by Celtics’ handling of Ime Udoka scandal appeared first on ClutchPoints.