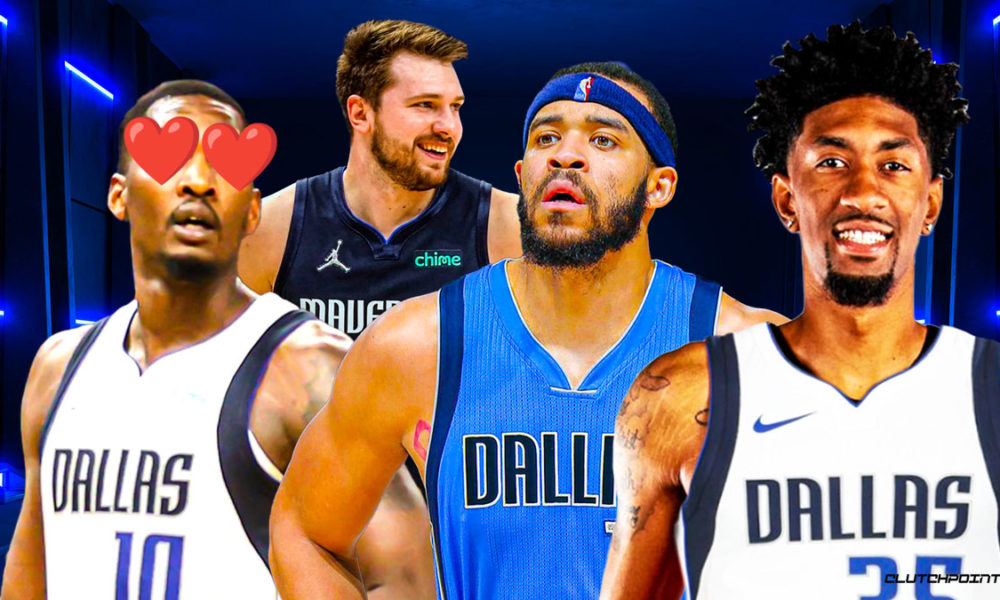 Even though the Dallas Mavericks made it all the way to the Western Conference Finals last season, no one is talking about them as a title contender in 2022-23. That will just fire up superstar Luka Doncic though, who made an appearance on NBA Today on Thursday. Speaking about the team’s potential, the Slovenian explained to Malika Andrews why there is no need for another All-Star alongside him. Via Talkin’ NBA: “No, I mean my team has great players. There is plenty underrated guys that I think should be talked about more. So, I don’t think so, we have a great team. For sure number one is Dorian Finney-Smith, he’s worked really really hard he’s one of the better defensive guys and if he’s open, he’s gonna make shots. You know, Spencer Dinwiddie is gonna have a big year, you talk about Christian Wood, he’s gonna be huge for us.” Luka Doncic on whether the Mavericks needs another superstar to compete for an NBA title: "No. I think we have great players on our team. There's plenty very underrated guys that I think should be talked about more." h/t @malika_andrews#NBATwitter #MFFL pic.twitter.com/w9HxQrkZrM — 𝙏𝙖𝙡𝙠𝙞𝙣’ 𝙉𝘽𝘼 (@_Talkin_NBA) September 22, 2022 Luka Doncic has a good point, but it will be hard to make up for the loss of Jalen Brunson, who signed with the New York Knicks in free agency. That just means Dinwiddie is going to need to elevate his game even more and be consistent. Doncic seems to think he’ll do just that. Tim Hardaway Jr is also returning from injury. He’s also a solid player. Mark Cuban and the front office really didn’t make a lot of moves this off-season. The addition of Wood in a trade with the Houston Rockets is an important one though. The big man averaged 17.9 points and 10.1 rebounds last season and can even shoot it a little bit from downtown, showing the ability to stretch the floor. The ultimate success of Dallas comes down to Luka Doncic playing at an MVP level again. He posted averages of 28.4 points, 9.1 rebounds, and 8.7 assists per night in 2021-22 and is only getting better. Nevertheless, the supporting cast has to do their thing in order for the Mavs to make another deep run. The post ‘Very underrated guys’: Luka Doncic doesn’t need anymore help to win NBA title with Mavs appeared first on ClutchPoints.