Yuta Watanabe On Leading the NBA in Three-Point Shooting Accuracy 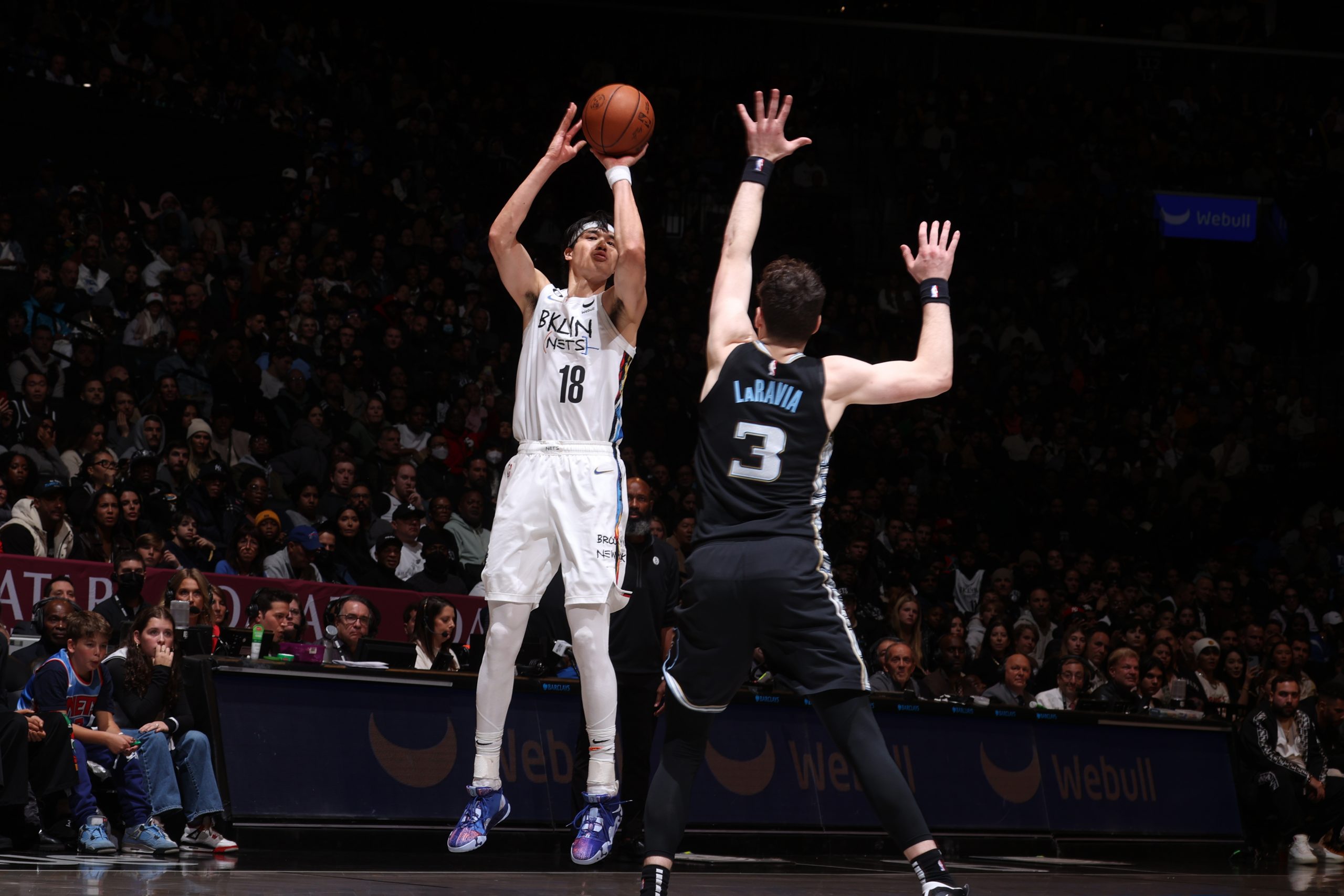 It’s as simple as this, Yuta Watanabe keeps that thang on him. The 28-year-old lefty out of George Washington currently leads the entire NBA in three-point accuracy with a 57.1 percent clip from beyond the arc. Joe Harris, a two-time three-point percentage leader, put it best when he said that Watanabe “definitely got a flamethrower right now. Watanabe’s getting the most out of his job as one of Brooklyn’s lowkey most dangerous long-distance marksmen due to Kevin Durant drawing attention as a premiere walking bucket and Ben Simmons pushing the tempo whenever he gets the ball in transition. “Yeah, my shots are easy because of KD, Ben, those guys pushing the ball, giving me great passes,” Watanabe told The New York Post. “So I’ve got to appreciate them for giving me great passes. And my job is just make those open shots. So, I’m going to just keep shooting with confidence. I know I can do that.”  On Sunday, the fifth-year small forward helped deliver Brooklyn’s 127-115 win over Memphis with 16 points on 4-6 shooting from deep, hitting all of his triples in the pivotal fourth quarter, and received a standing O from the Barclays Center faithful and received warm congratulations from KD. Durant went on to say that the Nets “love his energy” and that “he’s playing great.” “He’s playing great,” Durant said. “We love his energy. He’s hitting big shots for us. So you always get excited for your teammates, especially guys who come in and don’t necessarily have a guaranteed spot on the team but work their way into the rotation and put their imprint on the game from Day 1.  “So I’m excited for him, and at this point, I think we should expect that he’ll go out there and play good basketball. I’m not saying he’s going to make every shot and shoot 70 percent from the floor for the rest of the year, but he’s playing solid ball on both ends of the floor. But we expect that from him now.”  The 28-year-old has reached double-figures in a career-best four straight contests and is averaging 8.1 points per game on 60.9 percent shooting from the field and the aforementioned 57.1 percent shooting from beyond the arc. The post Yuta Watanabe On Leading the NBA in Three-Point Shooting Accuracy appeared first on SLAM.