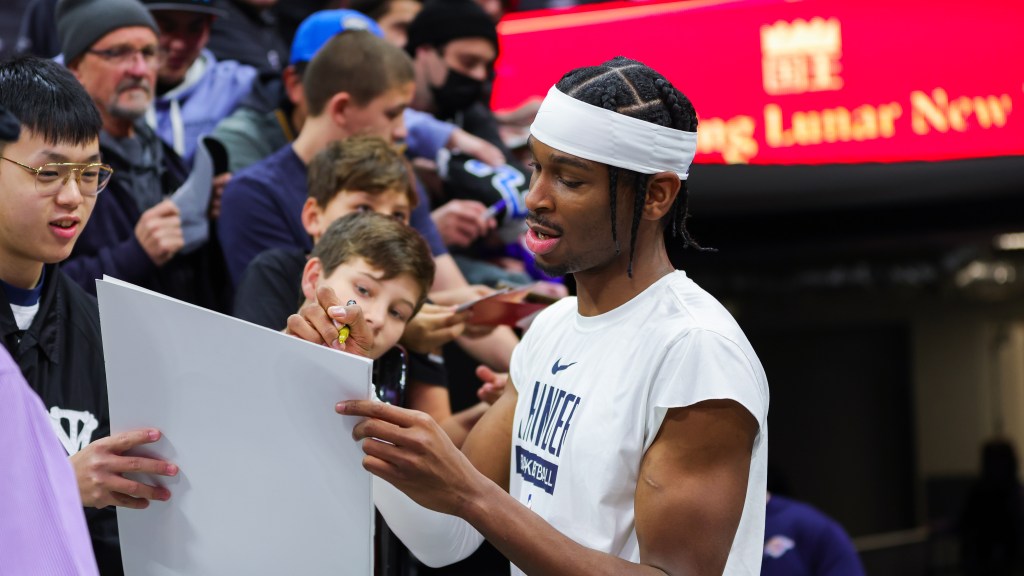 The 2018 NBA draft is nearly five years old, which means enough time has passed to give proper re-evaluations of the class with the benefit of hindsight. The HoopsHype staff decided to conduct a re-draft exercise for the class recently, which includes undrafted players. The Oklahoma City Thunder, fresh off of a first-round exit handed to them by the Utah Jazz with Russell Westbrook, Paul George and Carmelo Anthony, did not own a first-round pick in this class. Instead, the only picks they owned were two late second-round picks in the 53rd-selected Devon Hall and the 57th-selected Kevin Hervey. Someone who was a first-round pick in this class was Shai Gilgeous-Alexander, who went 11th overall and was subsequently traded to the LA Clippers. Gilgeous-Alexander enjoyed a solid rookie campaign before being traded to the Thunder in the notorious 2019 Paul George trade. Since then, he’s blossomed into a legitimate star and is on his way to his first career All-Star appearance. Let’s take a look at where Gilgeous-Alexander landed in the re-draft.